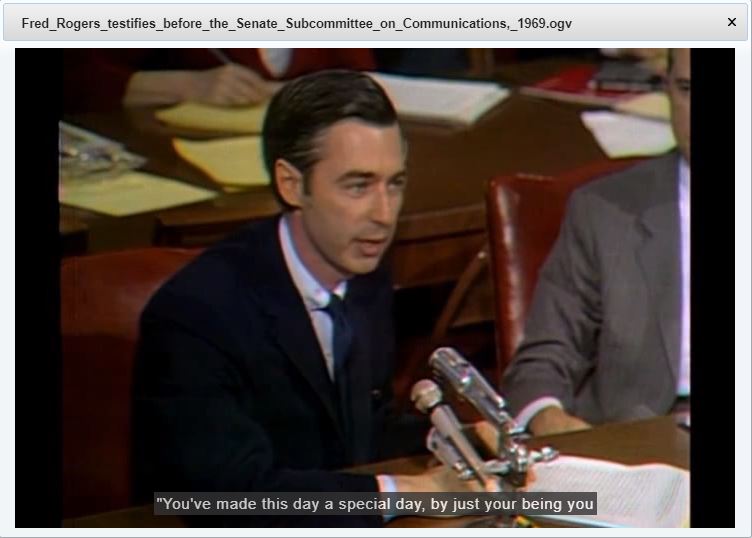 How Fred Rogers’ grandfather showed him the beauty of being “just the way you are.”

Fred Rogers, a.k.a. Mister Rogers, received more than 40 honorary degrees and numerous awards, including the Presidential Medal of Freedom in 2002 and a Lifetime Achievement Emmy in 1997. He was inducted into the Television Hall of Fame in 1999 and became synonymous with his oft-repeated mission of convincing his young viewers that “I like you just the way you are.”

It was a message that Rogers learned from his grandfather, according to “The Mister Rogers No One Saw” in the New York Times Magazine by his former WQED colleague Jeanne Marie Laskas. nytimes.com/2019/11/19/magazine/mr-rogers.html

According to Laskas, Rogers very much wanted to be like his grandfather, who told him after one of their many days together “You know, you made this day a really special day just by being yourself. There’s only one person in the world like you. And I happen to like you just the way you are.” “A lot of me came from him,” Rogers told Laskas. He also told her that one of his favorite quotes, which he had framed and hanging on his wall, was, “What is essential is invisible to the eyes,” from Saint-Exupéry’s The Little Prince.

Rogers became an ordained Presbyterian minister and applied his grandfather’s lessons in creating the memorable atmosphere on “Mister Rogers’ Neighborhood”. Laskas describes this as one that allowed “people to be comfortable enough to be who they are.” You can refresh your own childhood recollections of this beloved man by checking out Tom Hanks’ character study in the recently released movie “A Beautiful Day in the Neighborhood.”

The Reverend Rogers was extraordinarily effective in many ways. Although his program was geared to the youngest viewers, he taught powerful lessons for those among us who aspire to be truly effective leaders. For example, he accepted others for who they are, was respectful, polite, humble, and taught us to accept responsibility for our own actions. “Our” Mr. Rogers wasn’t brash, a braggart and he didn’t try to bowl people over; yet, this authentic man connected deeply with others he touched.

These seemingly “invisible” personality attributes are what differentiate the best leaders from most others. With evidence-based approaches, the “essential that is invisible to the eyes” can be teased out and accurately measured. Specifically, it is the deliberate matching of our hearts, our passions, and who a person really is, to the right position that leads to consistently exceptional performance. Unfortunately, all too common “Position-Person Mismatches” are what cause needless and avoidable organizational expenses, turnover, and predictably dangerous career decisions for everyone involved.

In his own way, and one that undoubtedly would have made his grandfather proud, Fred Rogers taught us much more than he might have imagined.